From Where to Where?

We’ve only been on the market for six years, yet we’ve already come a long way while learning one thing for sure: the key to the success of BlackBelt lies in self-confidence, expertise and an experimental, creative attitude.

Under no circumstances whatsoever did we wish to create yet another IT company that is the same as millions of other similar firms. Not only because cloning never led to anything original, but also because none of the popular company models seemed truly viable. The startup culture is rather trendy nowadays, yet if we take a closer look at the phenomenon, we can tell that these businesses are almost always based on a single idea and they get stuck if a task is beyond their focus. There’s no sense in staking all you’ve got on a single bet. The other available corporate model was the “traditional” approach of software developers, which already seemed outdated at the time of our launch due to its slow, tedious and inflexible nature.

Well, if this isn’t the right way forward then what is?

We decided that if we’re faced with two choices, yet don’t prefer either of them, we’ll make a third path for ourselves. We wanted a company that is continuously developing and capable of constant renewal. We could broadly say that all companies are the same, yet in this case, it is particularly the internal values that count. Two identical types of cars might look exactly the same, yet there can be huge differences under the hood: our engine is thrumming. This high engine speed is mainly due to the colleagues working for us. We devoted a great deal of attention to recruitment from the very beginning, as nowadays, it’s particularly hard to find and retain valuable labor assets – and we need true black-belts.

It was clear from the get-go that modern software firms can only be created if we are capable of working at a rate appropriate to market demands – thus at lightning speed. On the domestic market, there are many companies that work in the following way: if there is suddenly a huge budget for developing applications, all the departments come in with their own needs, which leads to the whole thing turning into a single, monolithic set with a million features. Creating a system like this – amongst ideal conditions – takes one to one-and-a-half years. Yet new clients can only be approached if we can quickly provide them with results. However, even with the most competent of developers, the speed of coding cannot be increased over a certain level, not to mention that no one has the energy to constantly “redevelop” all the minor elements of a system. So what’s the solution? None other than the greatest trick in the history of industry: automation.

The company gradually started taking shape. We wanted a firm that is faster, more flexible and more agile than traditional developers, yet one that can be employed practically anywhere; one that doesn’t focus its attention on a single field. It quickly became clear that in order to speed up the coding process, we have to create a dedicated platform or framework that adapts to our needs and also sets us apart from our competitors. The big paradigm shift came when we suggested a framework that was capable of independently producing a part of the code – as no one has the inclination of writing the same code twice. This led to the birth of JUDO.

Although currently, we mainly make a living off our services, JUDO has the potential of becoming a viable product on the international market.

We can tell by now that our bet has paid off: professional trends indicate that there will be a growing demand for artificial intelligence-based, low code architecture. JUDO is capable of independently developing program elements, so there’s no need for engineers to carve out all the legs of a chair and they’ll have more time to devote to more complex tasks that require a greater degree of creativity and expertise. The process will become increasingly rapid and more things will be built into the platform, thanks to which there will be less need for software developer contribution.

One of the greatest strengths of JUDO is its rapid prototyping. The client defines their needs and we can deliver, in a very short period of time, a prototype that might not be enterprise-ready, yet allows the client to identify the concepts and processes they previously defined. As to what this can be used for, is a question that remains to be resolved. We currently use JUDO in client projects, yet on the long run, the goal is to have an application package that can be used by any software development company similar to us. As far as we’re concerned, the rapid prototyping offered by JUDO can be a real sales “silver bullet”.

They say that one objective is enough, yet I feel we wouldn’t have gotten to this point by setting a single goal and we wouldn’t have managed to become a 3 billion HUF company within six years. Therefore, we continue to be bold enough to head out in multiple directions at the same time, including the way we spend ever more time accelerating our international expansion. As far as nearshore services are concerned, our great advantage is that we’re close to Western Europe. However, there’s a need for alliances on this market, since as soon as we step outside of the country, we find ourselves in the midst of hundreds of Central European and Eastern European competitors and it would be wrong to underestimate their capacities.

That is why we created the Budapest Nearshore Alliance with Mortoff, providing a strong foundation for Western European expansion. This can be achieved as the alliance pools the resources of the two companies, reaching more sectors and jointly financing foreign campaigns. 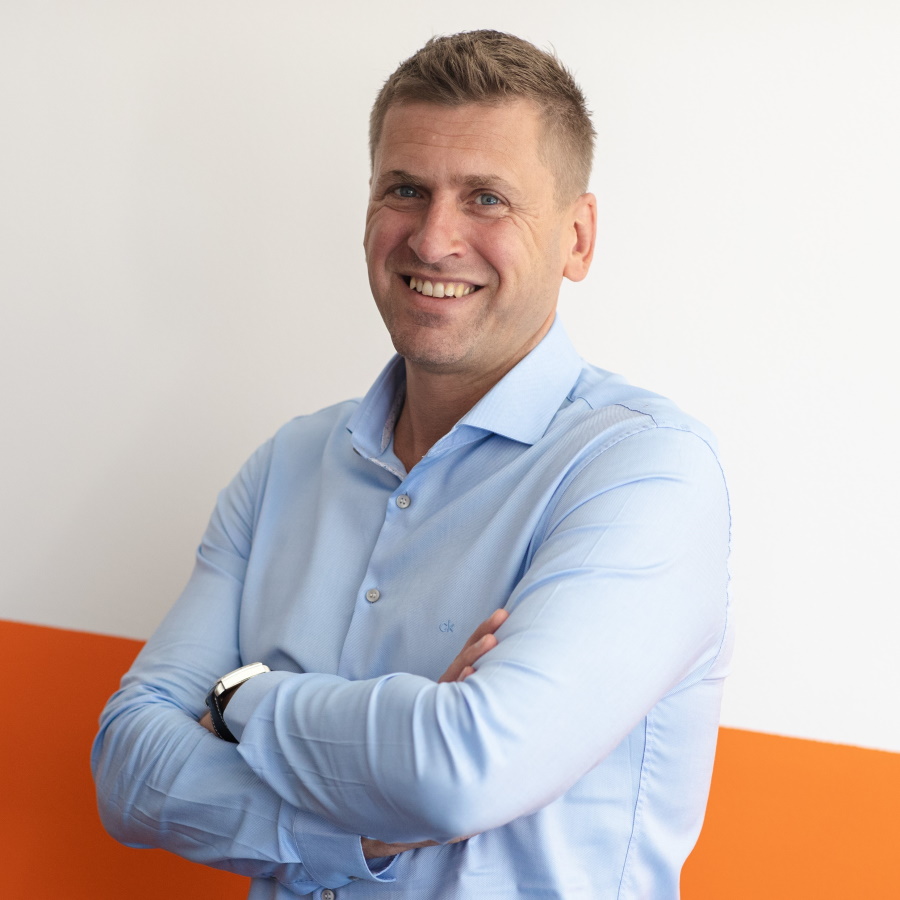 How Not to Grab the Headlines?
Levente László
Tulip Mania
Laci Németh
Think Smart
BlackBelt
Back to Tech Corner